How to Prepare Your Mixes for Mastering

Mastering is a process that’s separate from production, as well as mixing; it involves preparing your song for distribution. Mastering requires a unique set of skills, and equipment, which is why people often choose to outsource a mastering engineer. Typically, a producer writes a song, and then sends it off to a mixing engineer who ensures all the elements of the song sound good together. From there, the mixing engineer sends the song off to a mastering engineer who applies buss processing (if required) and formats the song based on how it’s being distributed (CD, vinyl, streaming, etc.).

The way that this process manifests itself isn’t always in such a cookie cutter way. A lot of the time, one person will take on the role of producer and engineer, or even take opt to master their songs themselves. Most anyone with a decent computer can produce a “mastered” track these days. In fact, home studio owners and bedroom producers routinely “master” their tracks with an EQ and a limiter, or a full suite of mastering plug-ins.

If you do choose to outsource mastering work, there are a few simple steps you can take in order to make the process go smoothly, and ensure you get your mastered songs back quickly.”

Your final mix (which is the one you will be sending to your mastering engineer) should be as close to your creative vision as possible. This typically means that the levels are appropriately balanced, there are no wayward peaks or inaudible sections, and the mix is reasonably similar in tonal quality to other tracks within it’s genre. As mentioned previously, mixing is an altogether separate process from mastering and as such, it would be best to cover it on it’s own.

Remove any Master Bus Compression, Limiting, and Equalization
Many times mixing engineers pre-master their tracks to get a better sound. While the pre-master may sound better, adding processors to the master bus makes it difficult if not impossible for the mastering engineer to make a great master. In rare instances engineers may use a special processor or plug-in on the master bus for effect. If so, make sure to notify your mastering engineer when you send in the project.

Keep the Max Levels of Each Track Between -3db and -6db
By giving the mastering engineer enough headroom to work with he’ll be able to give you a better final master. You don’t want to have clipping on any of the tracks in your mix. It’s important to make sure EVERY TRACK has enough headroom. Do not just lower the master bus, but every single track in your mix. 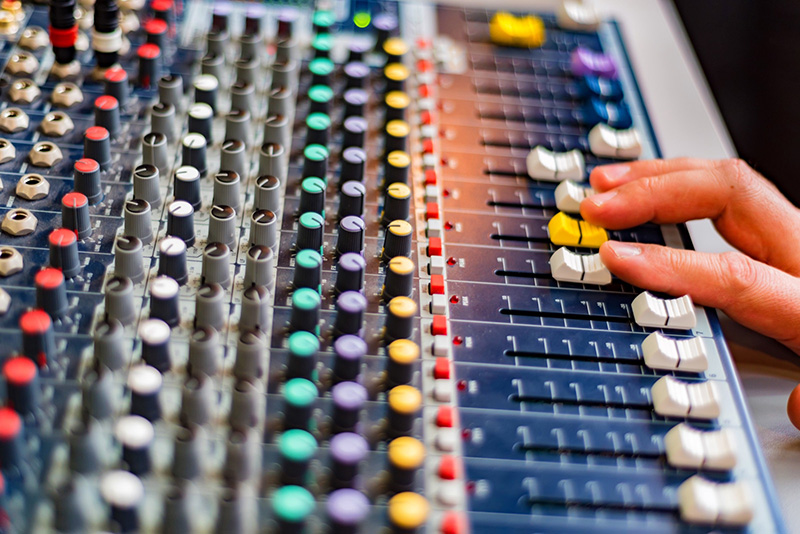 Eliminate Noise on the Mix
Mastering will make your song louder and bring out imperfections that may not be as noticeable on the mix. If you can just hear it in the mix, you will definitely hear it in the master. Remember to remove any pops, clicks, background noise, and anything else that is bothersome. Mastering engineers can remove some noise; however you’ll get a much better master if you fix it in the mix.

Keep Your Mix Clean and Dynamic
Reduce frequency buildups that are not the main focus of the song. Frequency buildups can make a mix sound unclear or ‘muddy”. Using low-pass filters for instruments or vocals that have little low frequency content helps reduce these buildups. Leave your mix dynamic. Overuse of compression can take the life out of a song. This makes it difficult for the mastering engineer to create a great sounding master. It’s best to leave mixes as dynamic as possible. Doing so gives the mastering engineer space to sculpt the dynamics to create the best possible master.

Submit the Highest Resolution File You Have
You will want to make sure to submit your files in the same resolution they were mixed at. Generally speaking you will want to submit a 24bit .WAV or .AIF file. These files are lossless (non-compressed or converted) and will give the mastering engineer the best options when mastering.

Reference Your Mix
Listen to songs that you want your mix to sound like. It’s important to do this both during the mixing process and especially toward the end of the mix. Compare levels, compression, equalization, effect etc. This can give you a good idea of what you might want to fix, change, or modify. Also, listen to your mix on different playback systems such as your home stereo, car stereo, headphones, and even ear-buds. This will help you make adjustments so your song sounds it’s best to all your listeners.

Above All Make Sure Your Mix Sounds Like You Want
This is possibly the most important tip. So often after mastering a song the artist will decide they are not happy with the way they mixed the track, or want a track replacement. The re-mix will then require re-mastering. Artists should remember that mastering is not a magic fix all and you’re not going to get a great final master if you don’t have a great mix. As mentioned before, mastering will bring out both the best and worst in your mix so it’s important to iron out everything possible before submission.

Although the bulk of the mastering process takes place after the final mix has left your hands, there is a lot that you can (and should) do to help ensure a quality master. Instead of leaving everything to the fabled audio-wizardry of mastering engineers, you’ll find that doing some prep work will lead to a better quality product, and faster turnaround.

If you have any questions, feel free to contact us. We look forward to working with you!